Jo Hamilton is the daughter of a Jamaican mother and a Kenyan father. She was brought up in the Scottish Highlands and went on to live in in Turkey, UAE, Kuwait, Sri Lanka and Cambodia. 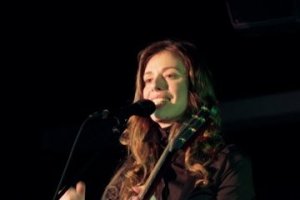 She is the first artist in the world to work with an airpiano (The airpiano is a new musical interface which allows playing and controlling software instruments simply by moving hands in the air) and her debut release “Gown” has received huge acclaim in the U.K. The album has also won three awards in the 2010 Recharged Radio awards.

In January 2011 Gown leapt to number 3 in the Amazon movers and shakers chart and was featured in the Rolling Stone  France Magazine.  The song “Pick Me Up” went to number 2 on the Music World  Radio charts, and made the B-list in Northern Ireland’s Q102.9FM station.